I am a third party App developer. I am broadcasting the games played on my App to twitch . I am observing that there is an 20 secs delay(end to end) on the playback.

Can I get a split up on what is causing the delay .
Something like

20 seconds is higher than average so there was likely some starvation events on at the source or the viewers were buffering. 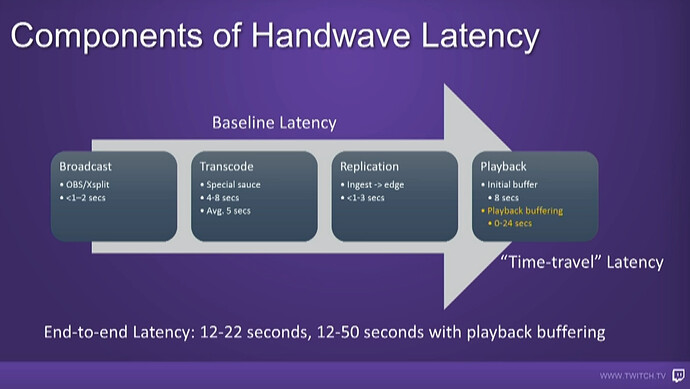 Keep in mind this was 2 years ago and the overall delay has gone down significantly. (I’m sitting at 6 seconds total at best). The local buffer size is the largest variable; the less stable the client’s connection to the distribution node, the longer the buffer the player keeps to ensure smooth playback.