Email not returning from user profile

I saw on a thread here that you should be able to return email from https://id.twitch.tv/oauth2/userinfo: OAuth2Strategy doesnt provide email in user profile - #5 by BarryCarlyon

I’m using this as Helix isn’t working for us + I’ve been going through the OIDC docs and it looks like what we need: Using OIDC to get OAuth Access Tokens | Twitch Developers

It looks like the rest of the profile is returned, other than email (+ is there a unique twitch ID I can return as well?). Otherwise, this is pretty much what gets returned:

You did call userinfo as documented here Using OIDC to get OAuth Access Tokens | Twitch Developers ?

You didn’t get picture back either which suggest something is awry.

Here yoru claims lack " so this suggests your Claism are not JSON encoded correctly, and URI encoded 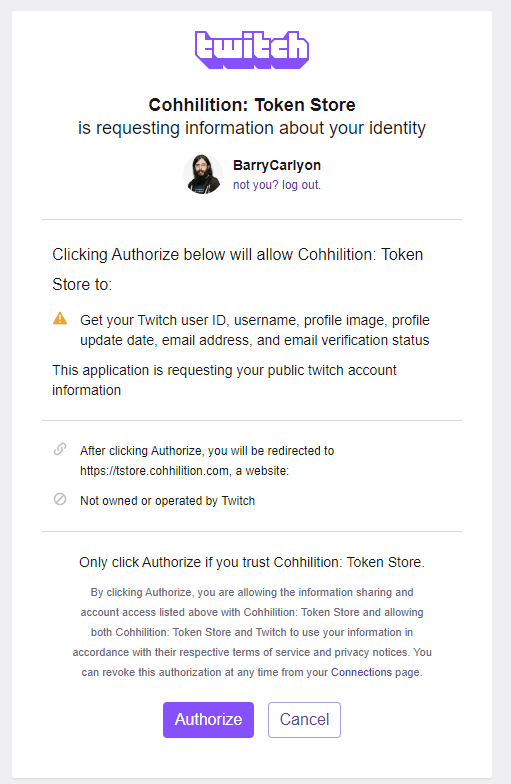 Regarding the other fields there (e.g. aud, azp, exp), are any one of them a unique ID I can refer to the user as?

That would be the sub key

That sub key is the users unique Twitch User ID