As stated in the title. The android webview video controls slide onto the video on click and disappear after a second or two. The twitch logo on the bottom right overlaps the controls and depending on the device it’s impossible to reach the fullscreen button. Would it be possible to change the position of the logo? 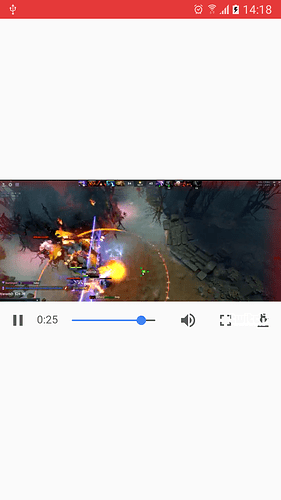 Is this happening anywhere you embed Clips or certain screen sizes?

Samsung A3 2016, 6.0.1: The screenshot above. I can change the iframe size before loading, it rather gets worse because the controls get smaller, the logo’s touch area however always reaches the right and bottom edge of the webview. So it still overlapses.

Nexus 4, 4.4: The logo is not visible at all, but still exists and has touch priority over the controls: 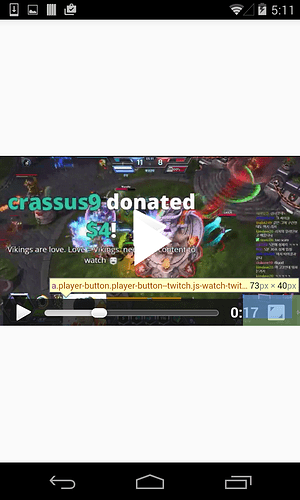