so this page does work
http://localhost:8182/qweqew-asdasd/chat.html 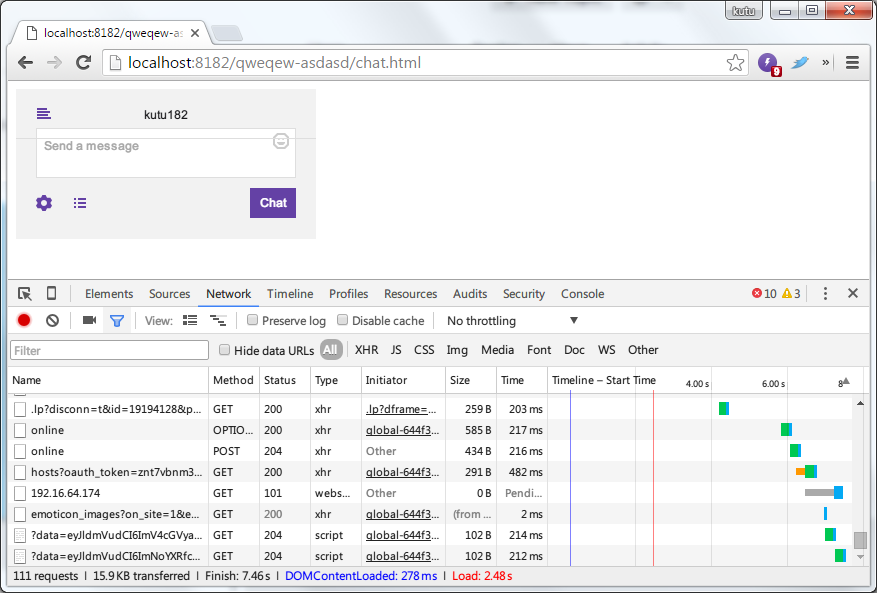 this page will freeze latest chrome, and firefox
http://localhost:8182/qweqew-asdasd/chat.html?jgjhgjhgjhgjhgjhg=2qqweqweqwe

js-console doesn’t show anything related to the issue

the same thing works before this day

Try clearing the cache and reloading. I’ve seen something similar to this in chrome unrelated to Twitch chat. Sometimes stuff just derps up loading sometimes.

If you upload the source I’ll test it also, see if I can replicate the issue.

Whats your use case for such a long key/value pair?

i have stream monitor page for chat subs donations followers etc, where i use query string for twitch oauth key and other custom parameters

My similar works fine, granted the first thing I do on return to application is not show a chat but store the OAUTH in a session and redirect back to the app without a query string attached…

Maybe look at the Javascript SDK to handle your login instead?

Both of those load perfectly fine for me. Browser version? Extensions? 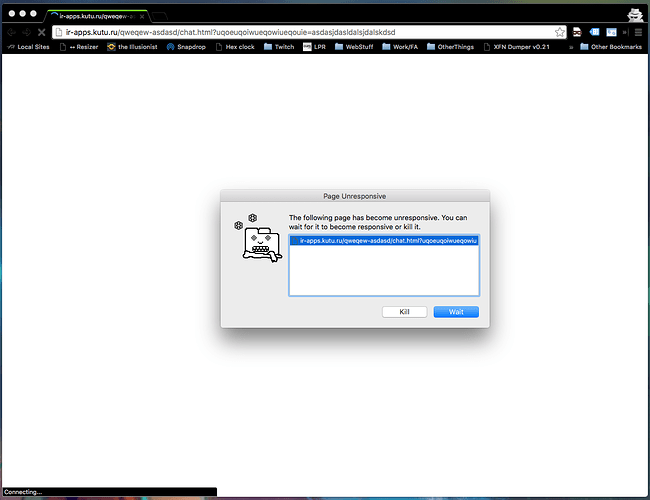 I wonder if it’s something weird in mixpanel and mixpanel is causing a hiccup, but when I blocked mixpanel same issue. (Can’t spare more time wacking this today myself)

I can actually replicate the freezing on my laptop (both with and without Ghostery blocking the trackers like mixpanel). The only difference is that I have some experimental flags enabled on my desktop so one of them must actually be fixing the issue somehow. I’m interested to find out which one…

Hey guys, I work as a developer at Wix.com. We are suffering from the same issue and many users are complainig. When embedding the iFrame into an HTML file, if the file is too long or has a very long query string parameter, the browser tab hangs with 100% CPU usage.

Any estimation on a fix?

Twitch staff are aware of this bug and there is an internal bug report concerning it. Unfortunately there’s no way to know when it will be fixed.