Game box art not being pulled from IGDB to twitch

I uploaded the box of art my game to IGDB 17 days ago. It was accepted by IGDB but it still is not updated on the twitch side.

What I see on twitch: 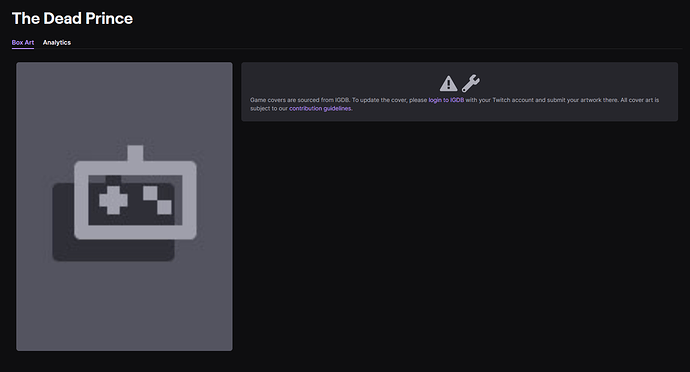 Am I missing something? Is there another step to get the art to work?

It’s a known issue that the box art within the Developer Console doesn’t update, but it does still update on Twitch itself.

For example if you was to go to the category page for The Dead Prince, https://www.twitch.tv/directory/game/The%20Dead%20Prince you can see that it has the same box art as IGDB.

Ah, I was not aware of that. Thanks!