This test behaves exactly as expected. I make the request above and I get one page back with the 6 banned users. When I follow the cursor to the next page, there’s no banned user data signifying the end of the results.

At this point, I start getting pages with the same 6 banned users repeated indefinitely. Each cursor always points to a page with returned banned users.

In the response data posted below, note how every 6th user is the exact same. This is after following the cursor 5 times.

And eventually, when I let this run infinitely, I get the 500 - Internal Server Error from Twitch. 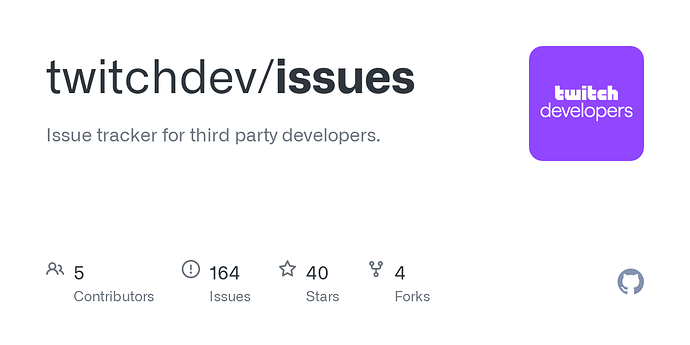 Issue tracker for third party developers. Contribute to twitchdev/issues development by creating an account on GitHub.