Problems with revisions and getting undefined configuration (Vue)

I have been resending my extension for 1 month and they always put it “waiting for technical action”, in the email they inform me of the technical action to perform… but it does not make any sense.

The first thing is that my extension in Hosted and Rig works correctly with several users with different roles.

And the second thing is that they argue that I am not getting the configuration files correctly and that I should see how it should be done in the documentation, when I am doing it as they ask and both in Hosted and Rig I get the configuration information correctly (I attach images).

My extension is made in VueJS and I also sent the code obfuscation information form. 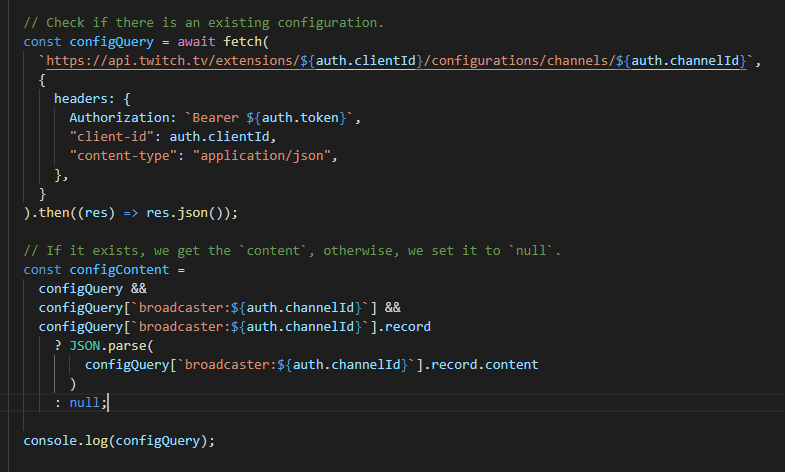 The answer that fails them, works fine for me in Twitch Developer Rig and uploading the extension to Hosted Test. (Get config via API)

I have also tried to get and set the configuration through the helpers but it is not behaving properly.

When asking for the configuration inside the onChanged method and at a higher level, I always get undefined even though the API tells me that it exists.

Anyone with the same problem?

This was heavily naswered in the #developer-rig channel on the Developer discord.

From the Discord looks like you have a variety of problems.

From not enabling the config service, to wrapping the onChanged in mounted