I’m currently requesting volunteers for an extension project where short audio conversations can happen live on stream. Similar to what happens on radio stations when calls are received.

This is the first time i’ll be working on extensions, hence some patience is strongly adviced

This won’t work as an extension as, without testing, I don’t think an Extension will be able t open the Mic or Webcam (for security reasons)

In addition any broadcaster would need to listen to and vet the content before putting it live, which would normally me the broadcaster has something in place for this and collect all clips before the show starts rather than during?

I am familiar I helped run an entire student radio station at one point. Governed by OFCOM and have helped run said station both online and of the FM bandwidth. Which also won student station of the year. So I am in fact familiar.

A risk that is up to each and every streamer.

As per the TOS and ROC of Twitch, Streamers need and should take resonable steps to prevent certain types of content on their shows, which includes and is not limited to, someone coming into a voice room on a game and dropping all the swears. Having a fixed format show, with call in such as this runs the risk of that, which means vetting the pre-records or listening to them offstream before hand. Which doesn’t lend itself to such pre-records being collected an delivered via Twitch Extension (optimally speaking). Thats before we consider file sizing and upload limitations. Since you can’t live record a mic, since you can’t prompt for mic permissions from an extension

Currently I would expect twitch to reject an extension that accepts file uploads. Also the architure of a twitch extension would make it sub optimal to accept such an upload since you’d be talking cross domain for a start.

For such a call show it would be optimally better to collect recordings (and vet them) before the show, or doing it offsite, where people could submit a video recording instead, (thats been uploaded to a suitable delivery mechanism such as youtube) and include those recordings on the show instead, which potentially works better for a live stream where it’s about video more than audio, compared to “pure radio”.

Or as has been done in the past with such shows, literally getting the person on the show via Skype or Discord or google hangouts or other video/voice application.

Further more past involves or myself on other shows of this nature on Twitch, you need to start collecting call in content weeks before the show, as a lot of people don’t submit, or turn up to the show and go “oh shit I could of submitted but I didn’t know this was on” and at that point you just haul that user on the show live rather than prerecorded.

The architecture of extensions and the format of shows on Twitch is generally against this sort of format. Based on my knowledge of radio, live streams, building these things and actually watching some of this type of show and participating in them myself

Well, if you can solve these legal problems to upload files, I recommend considering using an I.A to detect patterns and enrich their extension, Alexa seems to be interesting for this, there is also IBM Watson

Watson is the AI platform for business.

Worst case scenario, the extension will use a discord backend. Still, nothing I haven’t previously considered.

Moving on to another topic, I believe the Alexa/Watson inclusion would work for refining iterations; first I want to concentrate on core functionality. Contribution appreciated.

It sounds like an interesting idea, and based on my past experience and current knowledge it fits in my wheelhouse, it just does not fit as a Twitch Extension

Worst case scenario, the extension will use a discord backend.

That would potentially fall fowl of

Extensions may not encourage or reward users for taking specific actions outside Twitch/Amazon properties.

Extensions may not encourage or reward users for consuming Twitch content on a site other than Twitch.tv.

As per the rules and guidelines.

As far as I can see every possibly smoothing of submitting content for this type of show is better performed not on Twitch/inside an extension.

It’s not ‘encouraging or rewarding’ any more than an information/stats overlay.

Also, I doubt there is anything else more related to the core of a voice-driven extension than, well, voice.

No just trying to advise that it probably does not work well as a Twitch Extension. The idea itself is sound, it just does not fit as an extension in my opinion. And I myself wouldn’t approach it from the extensions angle

The only valid point I see -so far- for not using extensions would be the innability to store the events for video-on-demand, which would almost certainly impact on the consumer’s experience. Still, a small price to pay.

I previously mentioned this on a loosely-related post here.

And now, for something entertaining. 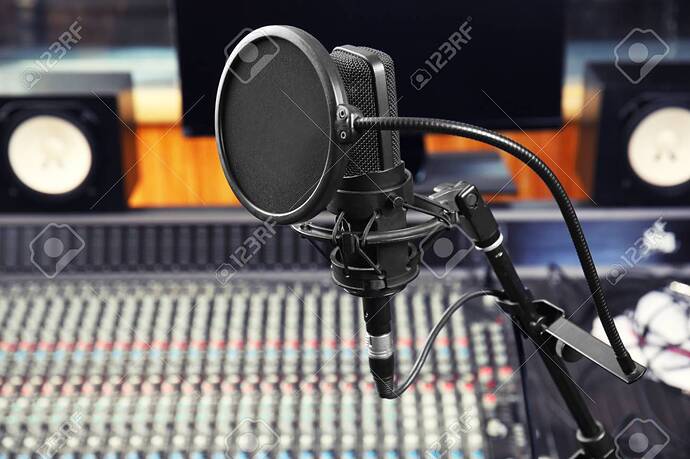 You could actually just get the somebody to just call in, using some other voip service. The twitch extension could just manage the queue of people who would like to call, and then when selected, you could ask the both broadcaster and listener to connect to a google hangout or something in another tab.

Sorry if this is said above, i didn’t read the whole thread.

Edit: Ahh, I see you did discuss this

Yes! Nevertheless, it has to be done aesthetically and seemingless, else, other’s might not use it…and that’s almost as bad as not having it!!

Still, i’m glad we’re part that phase of ‘can’t be done’. Now, let’s get some words of wisdom from @discobot fortune…

Hi! To find out what I can do, say @discobot display help.

Thanks for the discussion above. I have a project that intends to allow streamers to use voice command. But found it would not work as an extension.

You need better real time access to the broadcasters mic, so you need a downloaded program

Oh great thanks! That’s really cool. What I thought is something like Google assistant that you can talk back and forth.