Send Extension PubSub Message: works on my channel, but not others (solved)

I’ve been working on an extension where my EBS sends a message via the broadcast topic of a certain channel so that the extensions can be notified of events.
This has worked flawlessly while testing on my own channel, but when I attempt to send the broadcast pubsub message to another channel (changing the channelid when generating JWT) it doesn’t seem to work. The request itself returns a 204 response indicating a success, but the message is never received by the extension on that channel.
I wrote a separate application to listen to the broadcast topic (channel-ext-v1.<channel_id>-<extension_id>-broadcast, thanks ModestTim). Listening on my channel, i see the data come in as expected. When listing to another channel (that has the extension installed), no messages are ever received.

Is there something I need to do to allow my EBS to publish broadcast pubsub messages to a channel other than my own?

You did change the channelID in your signedJWT and the URL you post to right?

The ChannelID is in the signedJWT and in the URL you POST to.

Seems you shouldn’t get a 204 if the JWT is valid but doesn’t match the ChannelID you are POSTing to.

You sent a valid JWT for the wrong channel?

I just realized I had a hard coded channel Id in one of the several places you put the channel Id.

I feel like an idiot, sorry for wasting your time. 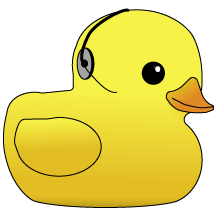 Debugging software with a rubber ducky