I’ve only gotten as far as almost saving an extension while configuring it,Others wouldn’t even load. Now none of them will even install atall. I’d like to be able to have extensions on my stream like other streamers who are actually using them and are growing do. I’ve tried updating multiple things as well as refreshing everything i could. will someone please help?
UPDATE IMAGE 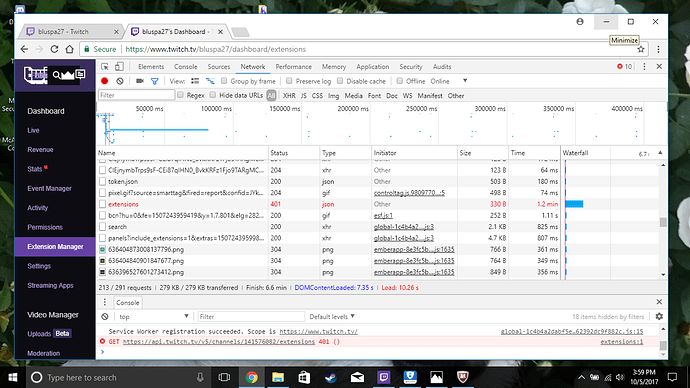 Sounds like some sort of issue on your end. Which browser and version are you using? Have you tried opening a private browsing window and going through installing an extension there?

Not sure you’ll get much help unless you provide some more details, screenshots of errors, etc.

I don’t know where to post this, but I found an extension sub forums so here’s what hapenned. I started to install all the extensions to keep them into my installed section, after ~10-15 installations without configurations. All my extentions bumped to Available Extensions and I can’t instally any of them anymore. It’s like I can’t click “Install” anymore.

Now almost all of the tabs on my Dashboard are not working/loading. 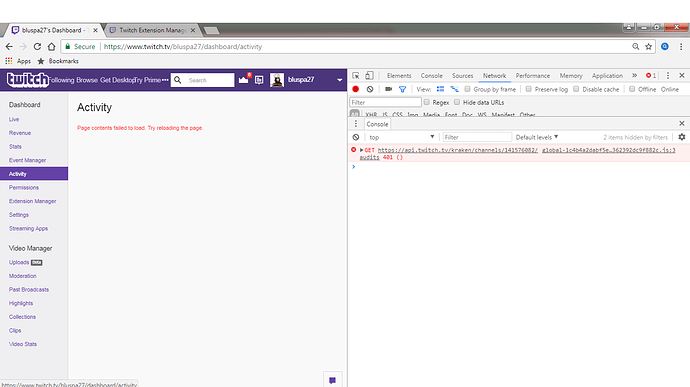 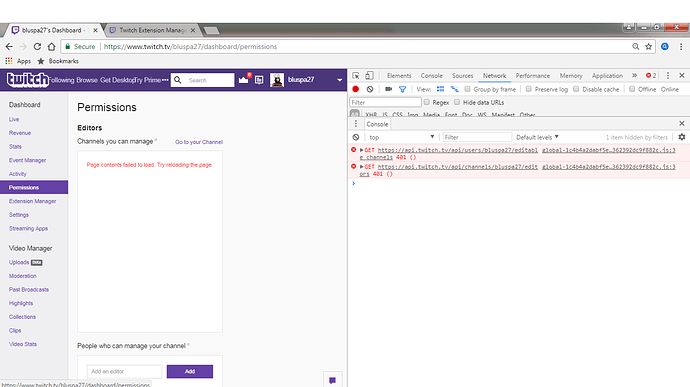 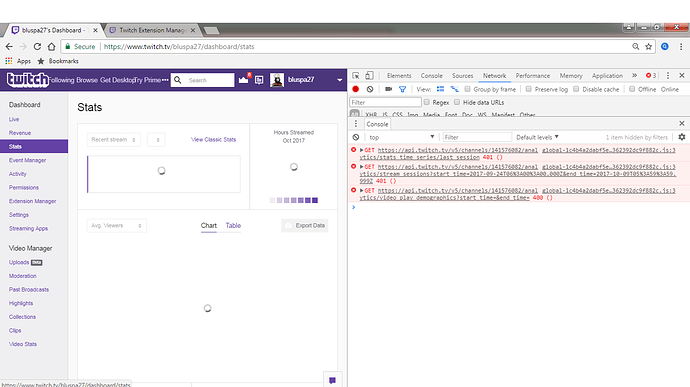 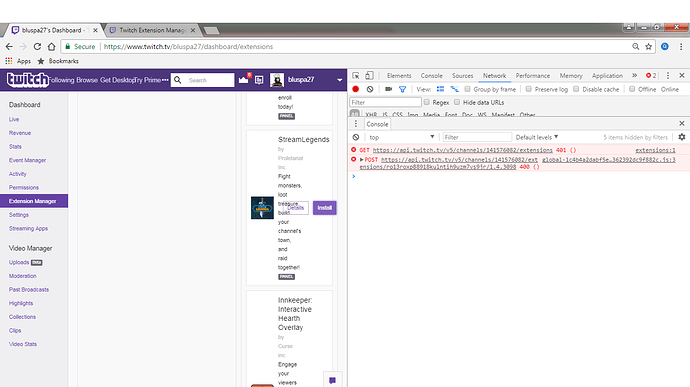 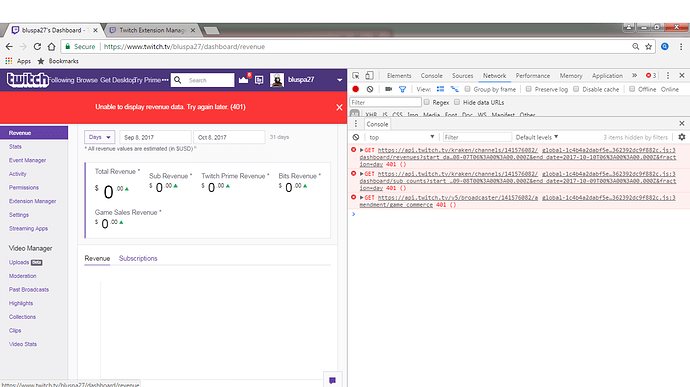 I have the same issue; started Thursday 5th October after I changed my password and clicked to try the beta site. Now I get Flash Player attempting to load on any panel that uses it; chat, extensions, stats page, revenue.

I can no longer use chat or read chat on the official Twitch site, so have to select beta. Chat works in the desktop app and devices - this is purely a browser issue (Edge, Chrome, etc).

The issue occurred at exactly the same time on both my desktop and laptop - so nothing to do with anything I’ve installed (hadn’t installed anything anyway).

I would use dashboard in beta, but I can’t navigate to a beta version of dashboard etc.

I have submitted a bug report and even contacted Microsoft, in case it was my end.

I have read another post that indicates it might be the password. So will be changing mine to see if it is resolved after 24 hours passes.

Thanks for alerting us of this issue. The appropriate team has identified the underlying problem and while they work on a retroactive fix, you can reset your password and clear cache to fix the problem.

Has the issue been fixed yet?

It’s been almost a month, I’ve done everything that you suggested and i’m still not able to add any extensions since I tried to install them all at once.

Edit: Thanks it is fixed!

I have already tried contacting twitch support, but it’s been a month and still no answer.

Also tried resetting the password and clearing the browser cache as general troubleshooting steps, but none worked.

Anything else I can do on my side? Or should I just wait for a fix from Twitch? How much could such a fix take?

I’ve tried all of these tricks, but none worked for me. It’s like my account is broken.

I got this issue on my laptop with Edge, Chrome, Firefox, all cookies deleted and no browser extensions installed.
However on my freshly installed Desktop it works and shows just fine.
A friend of mine also has this issue on his Imac, and I am running windows 10 home on my laptop and Windows 10 pro on my desktop (Both have the latest updates).

Although I will be mainly streaming from my desktop, I would love to edit in my free hours at college…

*Incognito mode has same issue
When will this be finally fixed?