Hey, just thought that some people in here might be interested in this little fun project I’ve been working on for the past few evenings. 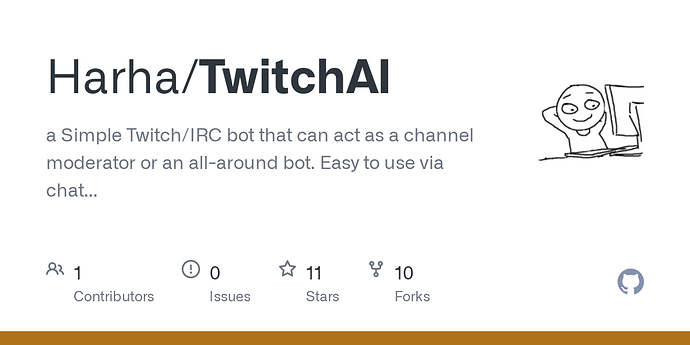 a Simple Twitch/IRC bot that can act as a channel moderator or an all-around bot. Easy to use via chat commands. - Harha/TwitchAI

It’s a simple bot, written in Java and for Networking and general IRC protocol stuff it uses the great PircBot library. If someone with a limited experience in programming is interested in creating something like this maybe then it could be used as a learning source. That’s why I mainly created this topic.

Anyways, use it for whatever you wish. I will probably be improving it in the near future a bit, switching from storing channel users in ArrayList to HashMap instead, simple custom command support per channel, etc…