Hello,
First of all bravo to your teams I adore using twitch but there are some points which I shall like approaching and who saddens me…

And especially you know him(it) certainly the application is used by a lot of French speaker, all are not fluent in English (what is my case, I use a translator to write) it would be good that we can have a French version of Twitch, to make best use of him(it) of these capacities…

Here is that’s all, I know it is enormous for what I ask, but thank you for thinking of it… 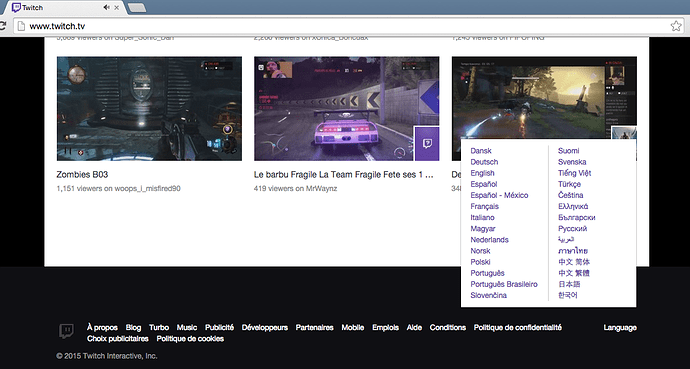 It is your answer???
You do not know how to write? I am not a machine, a simple hello would have satisfied me…
I have ask(raise) a question about my meter of view which is blocked in 251 for several days, but no explanations from you…
Thank you to supply me an element which I already use, but it does not answer my remark concerning the completeness of the site, and in passing, why the forum is it exclusively reserved for the English speakers?
I do not hide you to be extremely disappointed by your answer, which lets me think that you take your users for idiots, or worse can be you laugh you downright of them…

In brief I hoped for more your site, but we have to admit that I made a mistake…

This forum is for developers, refer further questions to reddit.com/r/Twitch and I am sure a french-speaker can help you.

I replied in an image in the hopes that it would be a better form of communication than writing english and having it potentially misinterpreted by google translate. I did not mean to offend you, or imply that you’re an idiot.

The image was a response to what I interpreted as your request for there to be a french version of the site, as your title and third paragraph seemed to indicate.

Instead, it seems like you’re having an issue with your view count not increasing? In that case you’ll need to ask our support team for help at http://www.twitch.tv/contact

Finally, these forums are for developers using our API, not general support. Our general support can handle french requests, but unfortunately I don’t speak french, hence why all of this forum is english.

This topic was automatically closed 10 days after the last reply. New replies are no longer allowed.