I have a iOS mobile app that embeds Twitch clips retrieved from the api. When a user taps the big play button in the center of the video, the video overlay (thumbnail, title, controls) stays hovering for close to 6 seconds. Tapping the video again to hide to overlay does not work.

However, when a user taps the small play button on the bottom left corner and then taps on the video, the overlay hides correctly.

Having a significant portion of the video content covered for the first 6 seconds of the clip is a bit annoying, and most users will likely press the big center button.

I’ve provided an example in the attachments. Any help is appreciated. 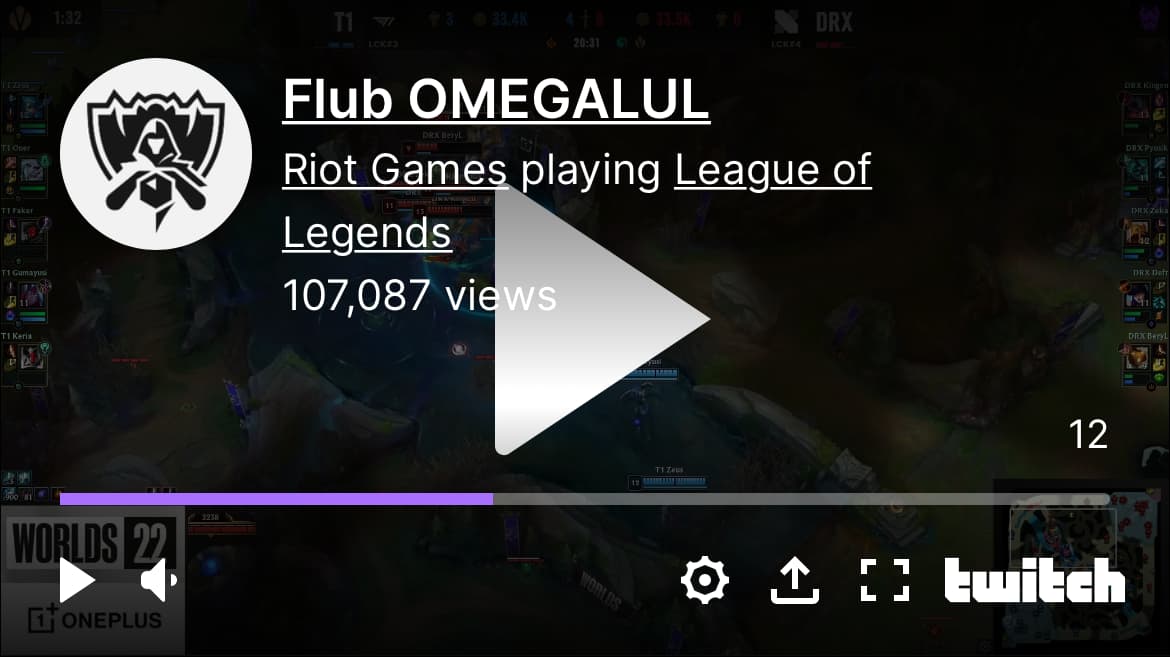 This is a first party issue and probably needs to be filed agaisnt the uservoice https://twitch.uservoice.com/

or a feature request which also needs to go to uservoice https://twitch.uservoice.com/forums/310213-developers

This could also be a limitation of mobile anyway.