Works on my machine!

My panel extension was placed in “changes requested” because supposedly it didn’t work. Reviewer comments stated: “Blank panel, spammed a POST endlessly with a 429 error.” I immediately went to my channel page and - lo and behold - the extension would not load into the page. However, there were no 429 errors. Instead, I was getting 404s as described in this topic: https://discuss.dev.twitch.tv/t/solved-404-the-specified-key-does-not-exist/11921. I was getting the same 404 and nothing loading on the config page.

However, I knew that my uploaded assets were all in the root directory. So, the cause of my 404s couldn’t be the same thing. In the dev panel, I returned my extension to the “testing” state and then immediately moved it back to a hosted test without changing anything else. All of a sudden, it was working again. No more 404s. Everything working as expected.

I’m inclined to simply resubmit for review again and chalk this up to bugs in the submission process. Not sure what else I can do.

Resubmit and mention this thread/notes in the review comments?

I resubmitted again and was denied again for the same reason. As soon as I received the notification, I went to my own channel page and discovered that all of my extensions were showing blank pages now, including the fully released ones that I did not make. I’ve included a screenshot of what Stream Legends looks like for me right now.

At this point, I am convinced that whatever is going on as part of the review process is literally breaking every extension on my page - even the fully released ones. 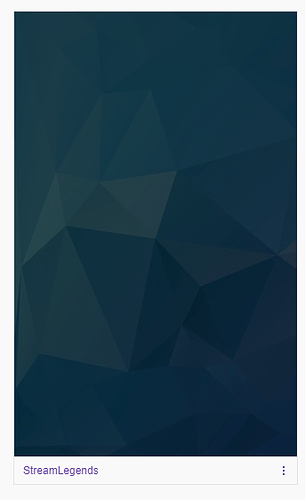 I think it’s time to take a break from experimenting with these extensions, at least until some issues in the process are ironed out. This is extremely frustrating and the feedback loop is just not good enough.