My offline image function worked ok till April 2021. After that it would show up if I refreshed the page a few times but now it does not appear at all.

All I get is a message saying my channel is off line and click here to learn more about the channel ( brings me to a twitch.tv hosted page of my site)

To see , check here tvctk ( the text is in French)

I validated that the size of my image meets requirements . The embed code seems OK because I can stream live video on it.

Has the offline image feature been disabled 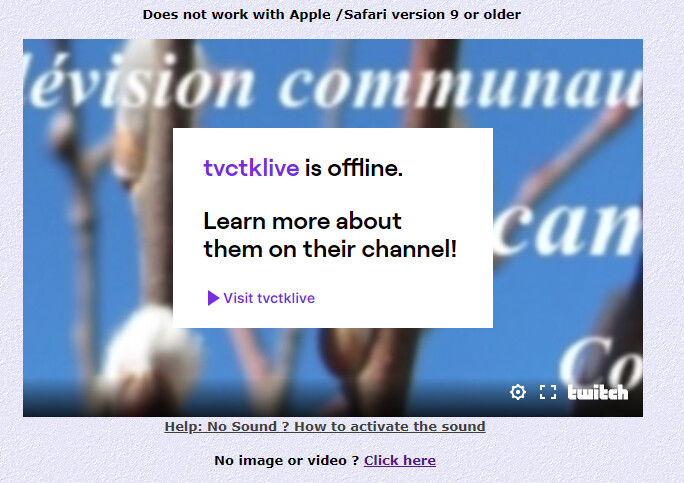 is what I see

Looks like the embed player has decided to use your “profile banner” instead.

Twitch is likely A/B Split testing and has chose your banner.

That banner is set here 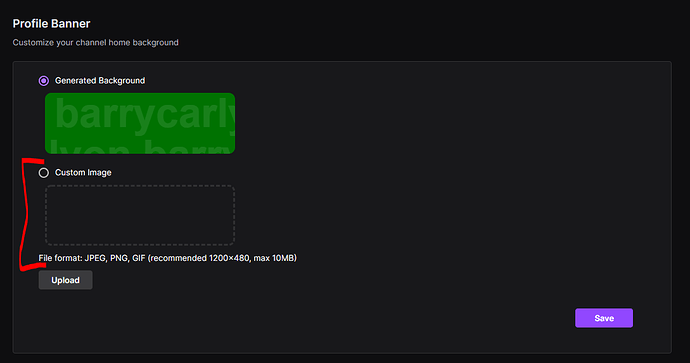 You are right ! I uploaded the image in the banner space and it works.

Been trying to get this resolved for a couple of months.

Only problems is the OffLine message is super imposed on my image. How do I remove it ?

Only problems is the OffLine message is super imposed on my image. How do I remove it ?

You don’t. Since you can’t modify the embed

The alternative is you use the API to check for live status and if not live don’t show the embed but show something else.

Ok thanks. The API thing is above my skill level so I will see how we can work around the offline image.

I will see how we can work around the offline image.

Unsure what you mean by “work around”. so I’ll jsut advise you about the developer TOS:

I meant I will set the text high and low enough on my image so it is not obscured by the offline image. I do not have the skill level to " not modify, replace, interfere with, block, cover, or obscure: (a) the functionality of embeddable experiences, including advertisements within the player; or (b) the Twitch Marks."

And should the twitch admin web site state under the " Video Player Banner" state:

This **image or the profile banner image will be selected by the twitch server and ** displayed on the player when your channel is offline.